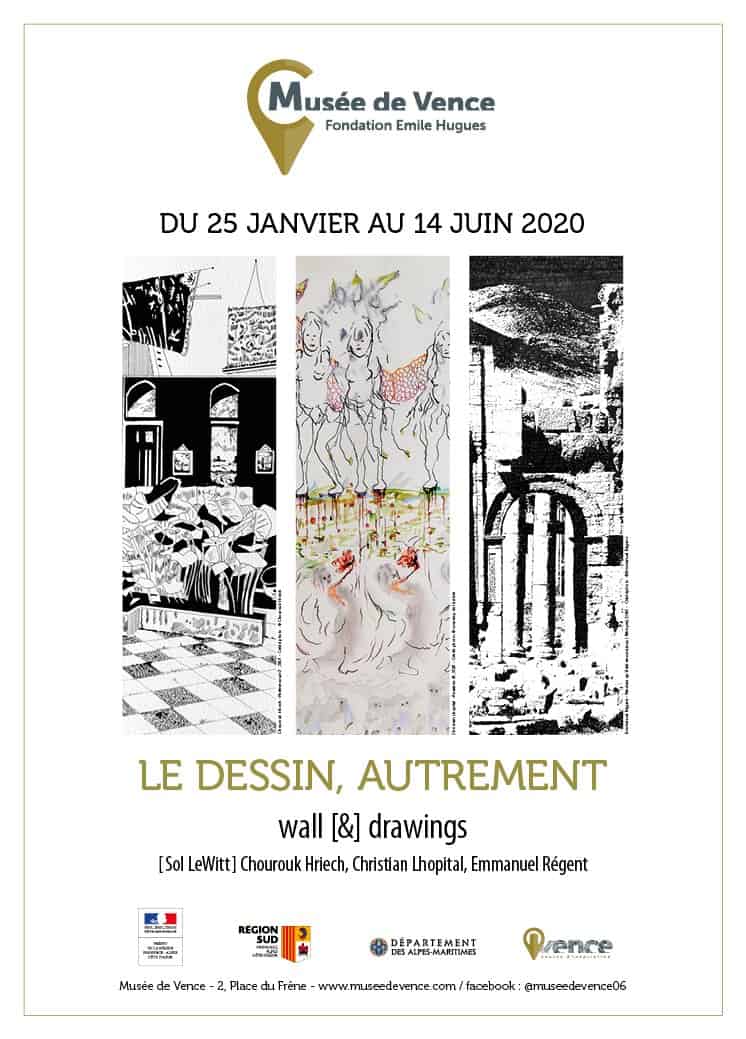 For its second season devoted to contemporary drawing, on the occasion of the 150th anniversary of the birth of Henri Matisse , born on December 31, 1869 - the Musée de Vence invited Philippe Piguet, art critic and independent curator, to design a project that echoed it. He proposed to bring together three artists practising, among other things, the mural, around the masterful wall drawing by Sol LeWitt (1928-2007) that the artist had specially made in 2002 during his personal exhibition in Vence - of which he did notably gift to the city.

Entitled Drawing, Otherwise - wall drawings, this exhibition brings together, alongside Sol LeWitt, Chourouk Hriech, Christian Lhopital and Emmanuel Régent, three prominent figures of the French art scene who, over the past ten years, have each contributed to their own way of thinking about contemporary drawing in a different way. In addition to the in situ creation of a wall drawing, each in a clean room, Philippe Piguet will present a mixed selection of their drawings in two other rooms of the museum. In the video space, the projection of a making off of the wall drawings made on site will allow visitors to take full measure of the work of each of the artists.